Below are financial metrics that measure the City’s financial resiliency in several different categories for FY 2021.  Each of the metrics are reflected as low risk, moderate risk and high risk based on the colors green, yellow and red, respectively.   Also provided is commentary on the year-over-year changes reflected in the database.  While there is room for improvement in some of the City’s metrics, this does not reflect financial hardship for the City.  The intent of this analysis is to measure the City’s ongoing progress for each metric as the City continues to strive for sustained, long-term financial strength. 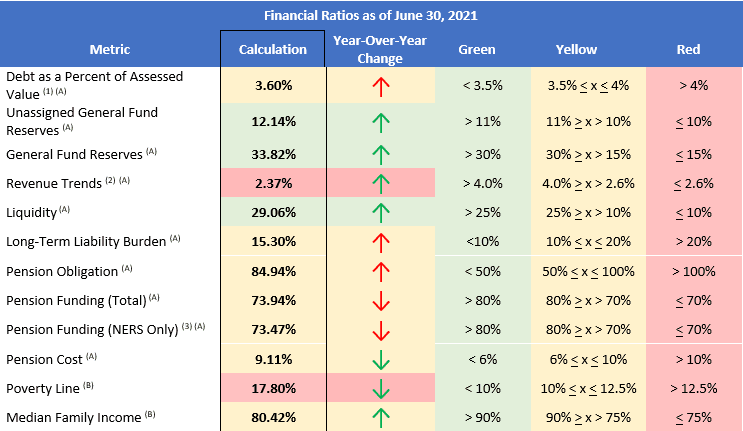 The metrics are intended to reflect the following: 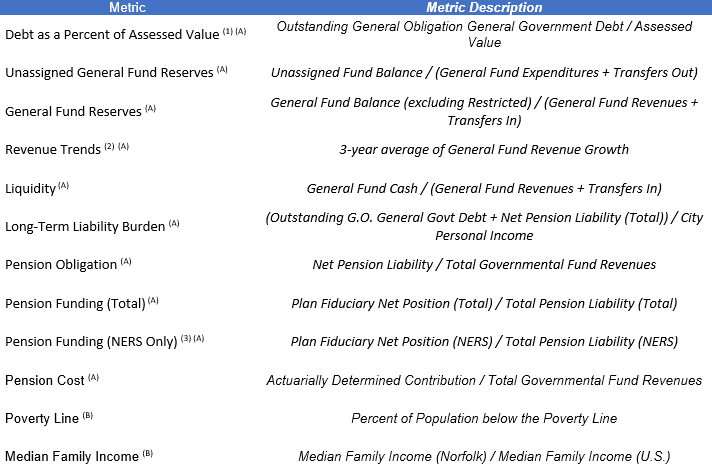 For additional information or questions, please reach out to the City’s Department of Finance at FinancialRatiosDatabase@norfolk.gov.